Today has seen the release of Visual Studio 2012 – Update 2 RTM. There have been severaliterations of Update 2 in the form of CTP. IN fact I think if I recall the CTP 4 was RTM for TFS 2012 but not for Visual Studio 2012. Regardless, the RTM is ready to download. You can get it via this link below, or when you boot up VS 2012 a new download should be available. If you missed out on Update 1 then it is installed as part of Update 2…

For those of you that like to read the manual first, a description of the update is here: 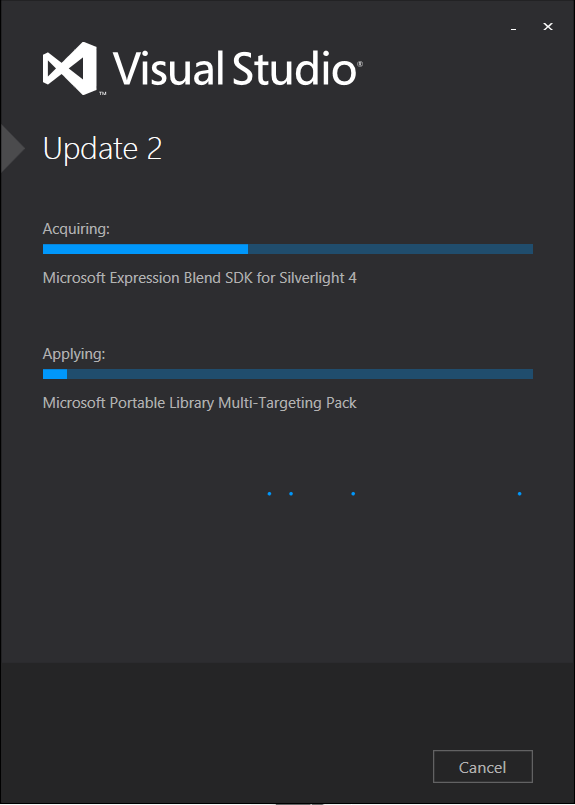 So what has changed? According to Microsoft there are 5 key areas that have been focused on: Agile Planning, Quality Enablement, Windows Store Development, Line-of-Business Development, and the General Developer Experience. If you’re big on Kanban then you’ll benefit from the customizations available for your Kanban board. For me the big win is that you can now download Source Control as a ZIP file, explore Changeset and Compare to previous versions, and send a work item as an email message all through the Web Explorer. So that means I can use the portal a lot more. How long will it be before all of VIsual Studio is web-based…? Quite some time I imagine.

Aside from the improvements there are also a considerable amount of bug fixes, plus a cool blue theme! I’ve installed on VS 2012 locally and had no issues and can confirm that no restart of my box was required, however I needed to shut down VS 2012 to mitigate the chance of a restart. I will also hold fire on updating TFS 2012 for just a while as I don’t have a test TFS box to work on, and want to see if there are any Unknown Unknowns reported back to Microsoft before I deploy.

One cool thing I have noticed is that Microsoft seem to be reporting weekly (sprintly?) on new features for the next release, as evidenced by the tracking for Update 2 here:

That’s a pretty cool way of letting us know what is coming and how it is going without bombarding us with too much information on the day of release.

Further reading on the Update 2 is here:

UPDATE: I also want to add that it takes ridiculously long time to complete; it’ll look like it’s doing onthing at the point you think it is done, but hold out and it will complete: 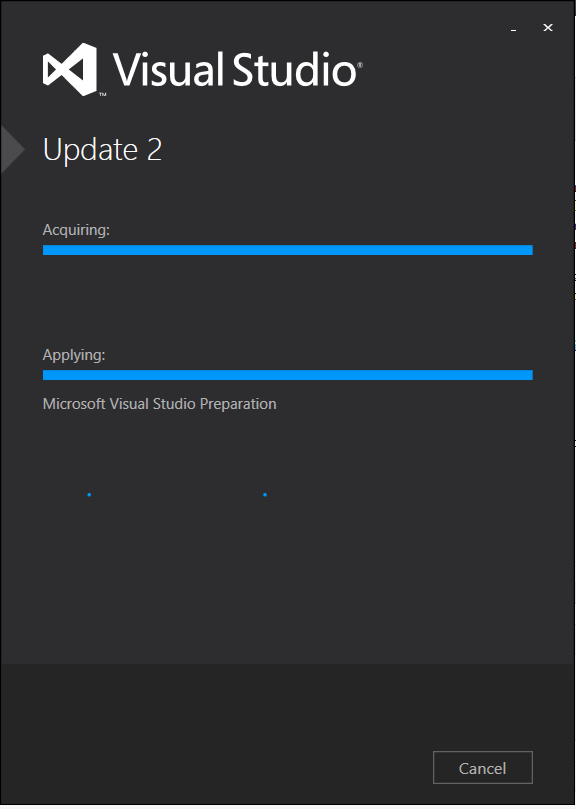