Update: I have uploaded the changes to my own Codeplex project. Now you can run the Activity Viewer on a box that only has SSAS 2012 installed.

Hey folks, it’s been a massively busy week post-release, but I thought I’d share a tip on upgrading the Activity Viewer to 2012. First, a bit of background:

Activity Viewer, or Analysis Services Activity Viewer 2008 to give it its full name, is a solution available to download on the Codeplex website.

It’s a super-useful tool that “serves as an improvement to the limited functionality of the Activity Monitor in SQL Server 2005 Analysis Services. It was created as an intern project for the Summer 2008, and we hope that others add the features we did not have time to implement.” These features still haven’t found there way into SSMS, and so we still used this tool when we were on SQL Server 2008. However, once we moved over to SQL Server 2012, we were unable to connect to the SSAS instance.

Could not load file or assembly ‘Microsoft.AnalysisServices.AdomdClient, Version=10.0.0.0, Culture=neutral, PublicKeyToken=89845dcd8080cc91’ or one of its dependencies. The system cannot find the file specified. 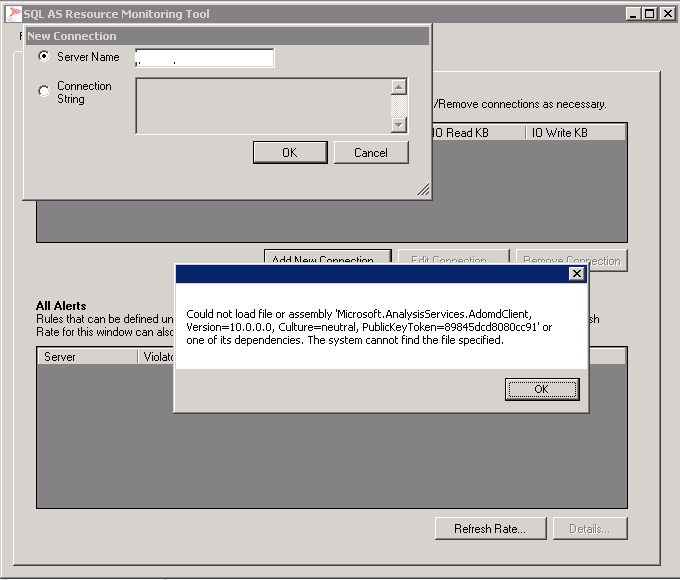 So the simplest thing to do here is update the references in Visual Studio to 2012 ( note the path of the dll I am referencing, it is in the “100 directory, which implies SQL Server 2008) “). 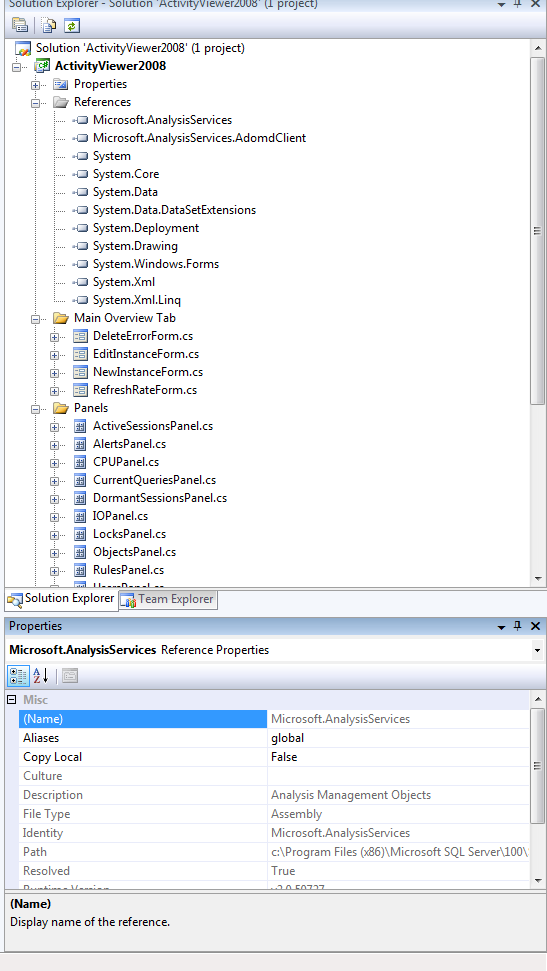 Then you are able to connect to a SSAS box that does not have 2008 installed. Note that on the picture below that in the path of the dll I am referencing I am going to “110” and not “100” 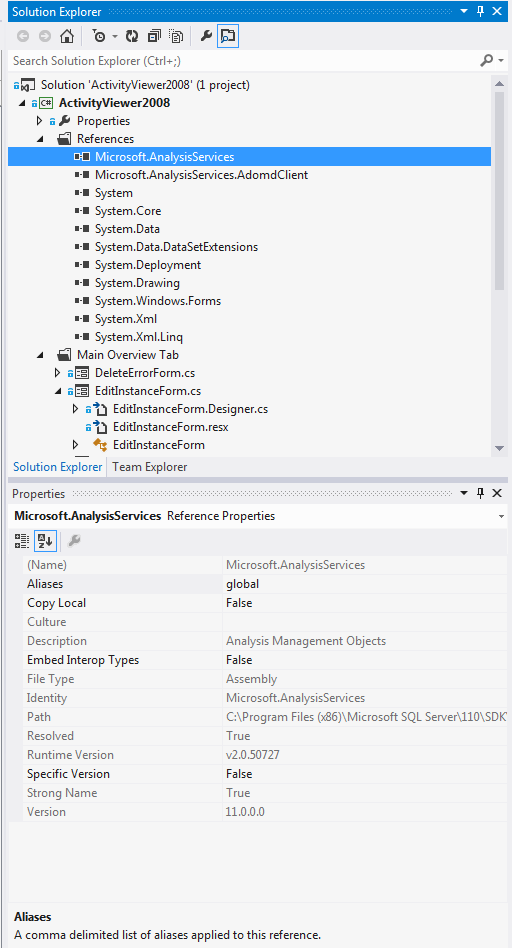 Whilst you have the solution open if you open the “NewInstanceForm.cs” you can also improve the UI by moving the boxes around.

If you’ve not used this tool I highly recommend it as it really helps you to monitor the activity on a SSAS box.