Now before you all go thinking that I just ran the installer and to hell with the consequences, I did plenty of reading around upgrading via MSDN. There is also no mention of redundant snapshots post-upgrade being a limitation on snapshots on MSDN. I ran the Upgrade Advisor and there was no mention of snapshots being a potential issue. I re-ran on another instance with a snapshot running and have provided a screenshot below. 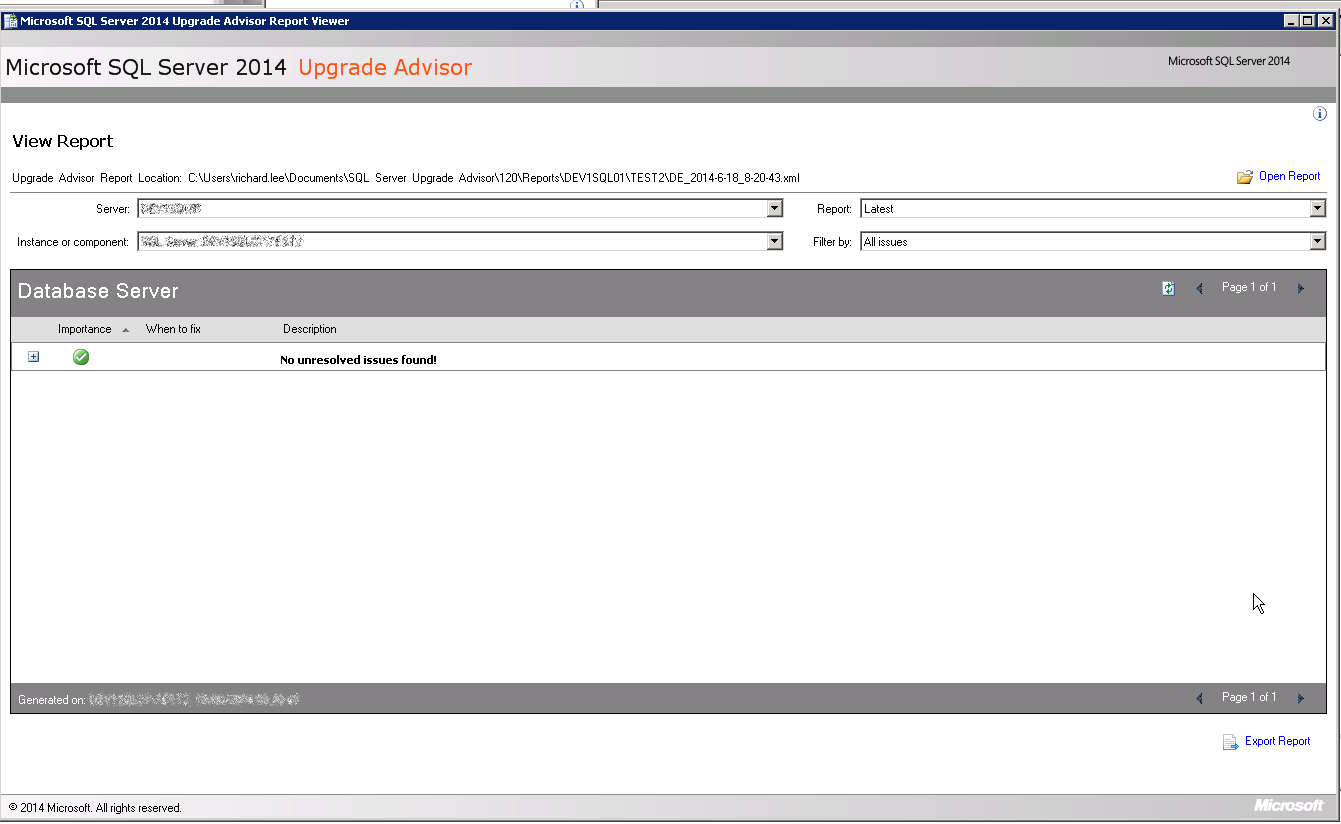 So mistakes happen, it’s a bug, the upgrade task should check for snapshots before upgrading takes place and warn or error right? Well what got me mad was the response by Microsoft:

A lot of good things are coming with SQL Server 2014, such as clustered columnstore indexes, but this oversight and subsequent response is lousy, and I hope that Microsoft fix the bug in an upcoming CU.